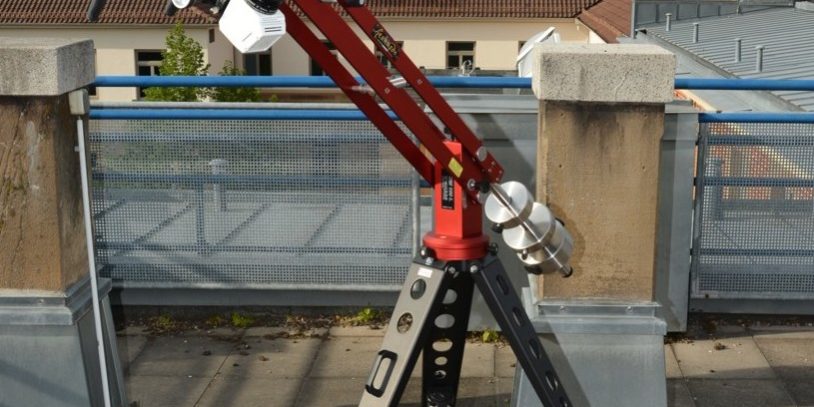 Binocular astronomy is a very popular activity amateur astronomers of all abilities. With smaller sized binoculars such as 7x or 10×50 models, holding them in your hand is not usually a problem as they don’t weigh very much. However if you have larger heavier binoculars such as e.g. Celestron SkyMaster 25×100 models, or if you have friends, family over or are attending a star party at an astronomical event, and want to show people the night sky through them, then having the binoculars on some type of support is much more ideal and convenient. Binoculars are often mounted on tripods but in the case of heavy models the tripod often becomes unstable (top heavy). Furthermore, the higher in the sky you look, it becomes more difficult to look through the binoculars without getting neck or back strain. 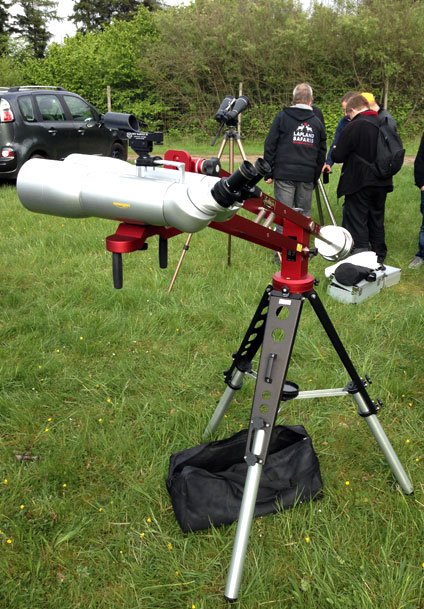 10Micron offer an extremely high quality, precision engineered, parallelogram binocular mount called the Leonardo BM100 that is suitable for mounting onto a (user supplied) sturdy tripod such as the Baader T-Pod or the Geoptik Hercules. The BM100 has a maximum instrument payload capacity of 13.5kg so will take 120mm aperture binoculars with ease. In fact it can easily carry a modest sized telescope such as a Celestron 8″ SCT/EdgeHD! One of the main advantages of the parallelogram mount is that once you point to an object and then adjust the height – for example to show another person taller or shorter than yourself – that object will still remain in the field of view. As such these mounts are ideal for use where there are a lot of people (e.g. an astronomy event at a local society or star party). 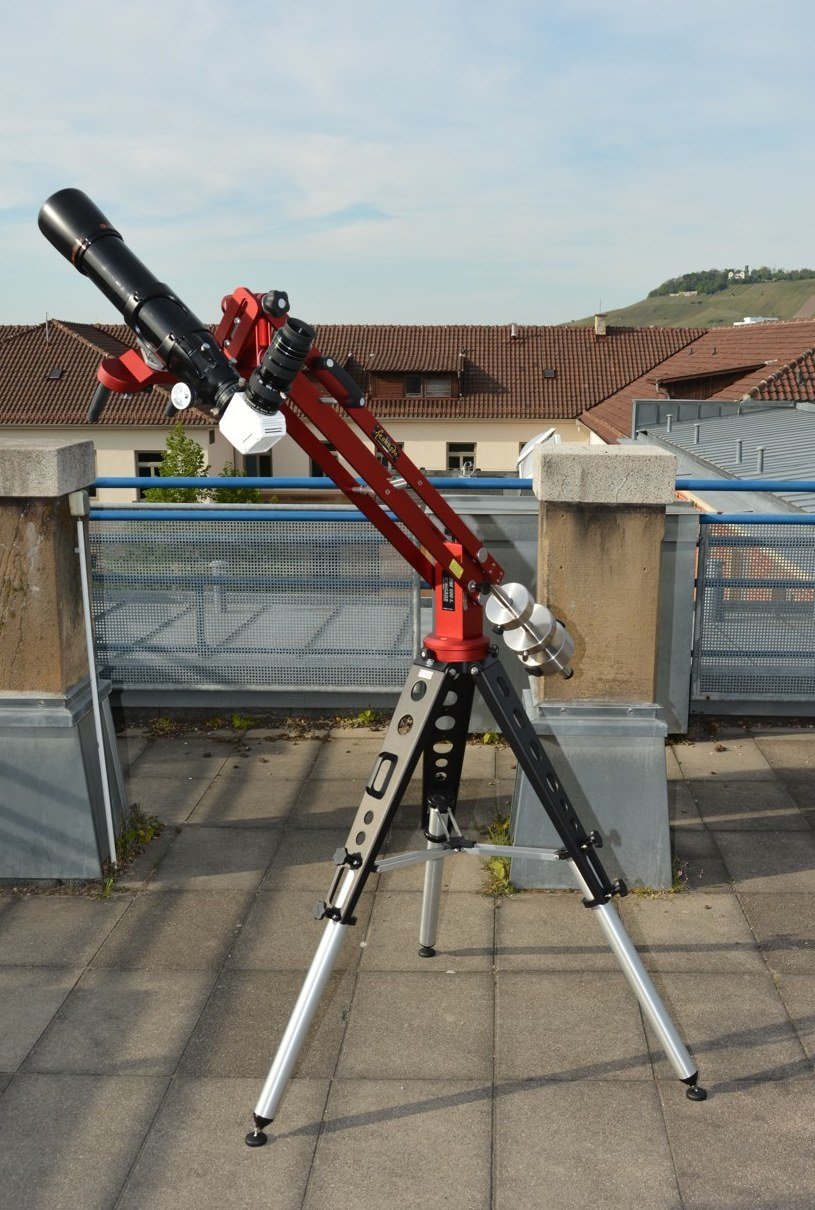 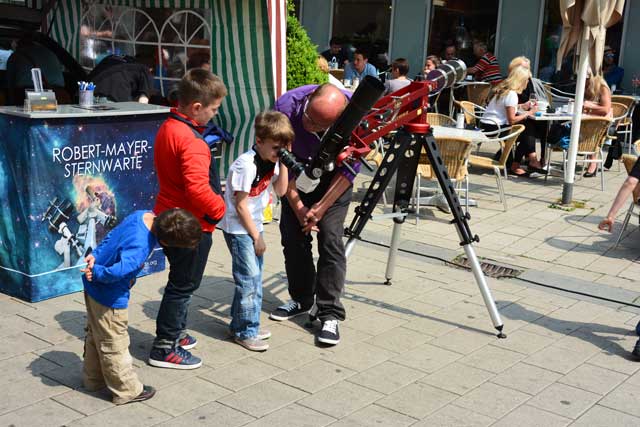 A very nice introduction to the Leonardo BM100 binocular mount has been written by Alexander Kerst which you can read here. To find out more about the binocular mount see it on our 10Micron page here.

We would like to thank Alexander Kerst for allowing the use of the photos from his website.