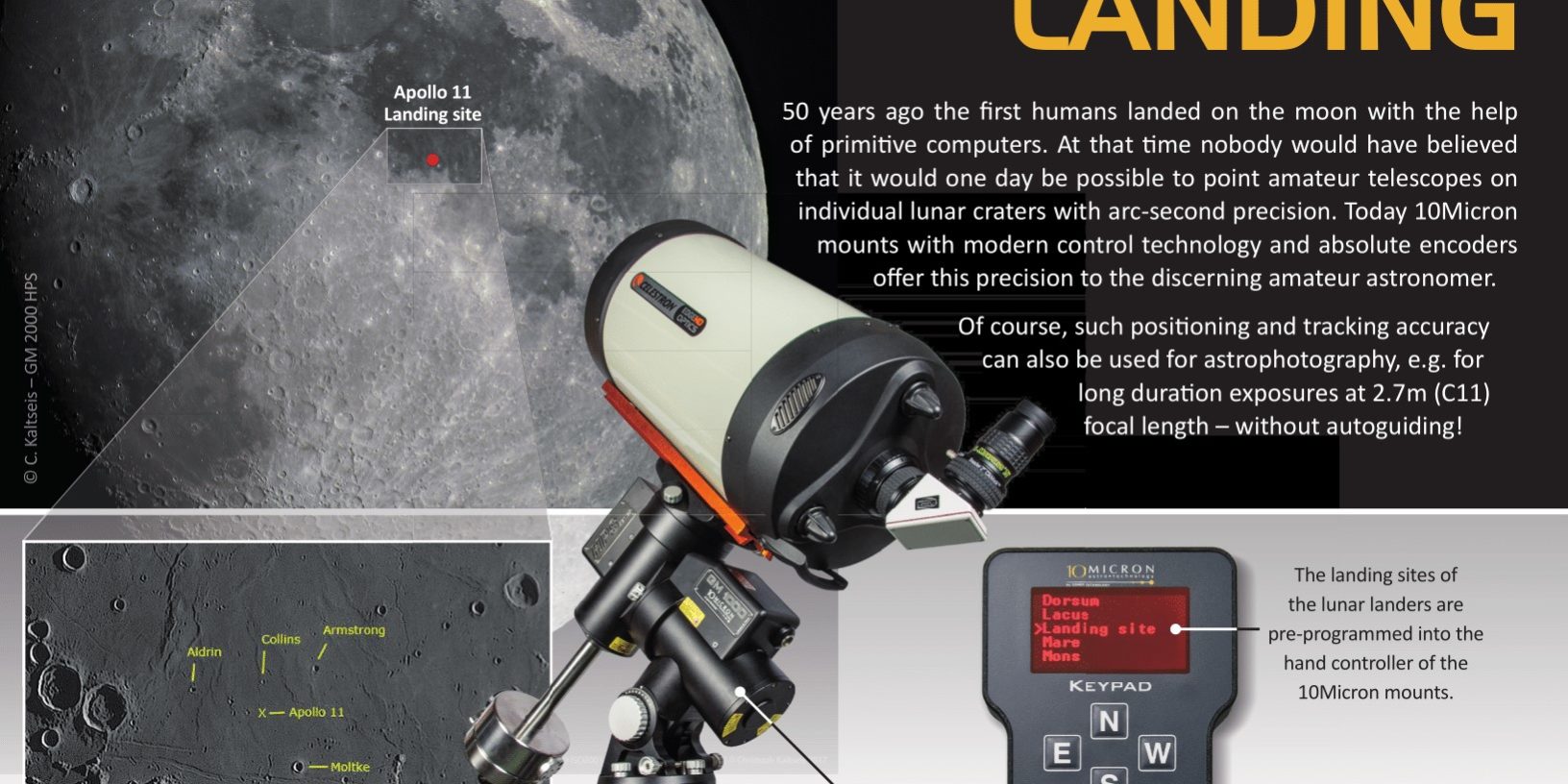 Before you read any further, we have to point out straight away that a 10Micron mount has not been shipped to, or landed on, the Moon at the Apollo 11 landing site! Although…….

In July 1969 humankind first walked on another celestial body – the Moon. Neil Armstrong left the Lunar lander “Eagle” and spoke those “One small step….” words that shall be forever remembered. The Moon is easy to spot in the night sky and is often “cursed” by deep sky observers and imagers due to its intrusive brightness. However the Moon, for many, is the first object that a beginner points his or her telescope towards to study, and even for seasoned astronomers it still holds a great fascination. It is also a great object to image for those of a photographic nature too!

So with the 50th anniversary of the Apollo 11 Moon landing fast approaching, would you know where to point your telescope to view the area that Neil Armstrong and Buzz Aldrin landed in? Our first “clue” comes from the communication between Armstrong and NASA mission control – “Tranquillity base the Eagle has landed”. Here “Tranquillity base” refers to the Sea of Tranquillity or Mare Tranquillitatis. A quick glance at a Lunar atlas (e.g.http://fullmoonatlas.com/) shows that this region is on the north-east of the Moon’s “face”. However could you point your telescope to the area of the Apollo 11 landing itself or in fact any of the other Apollo landing regions? 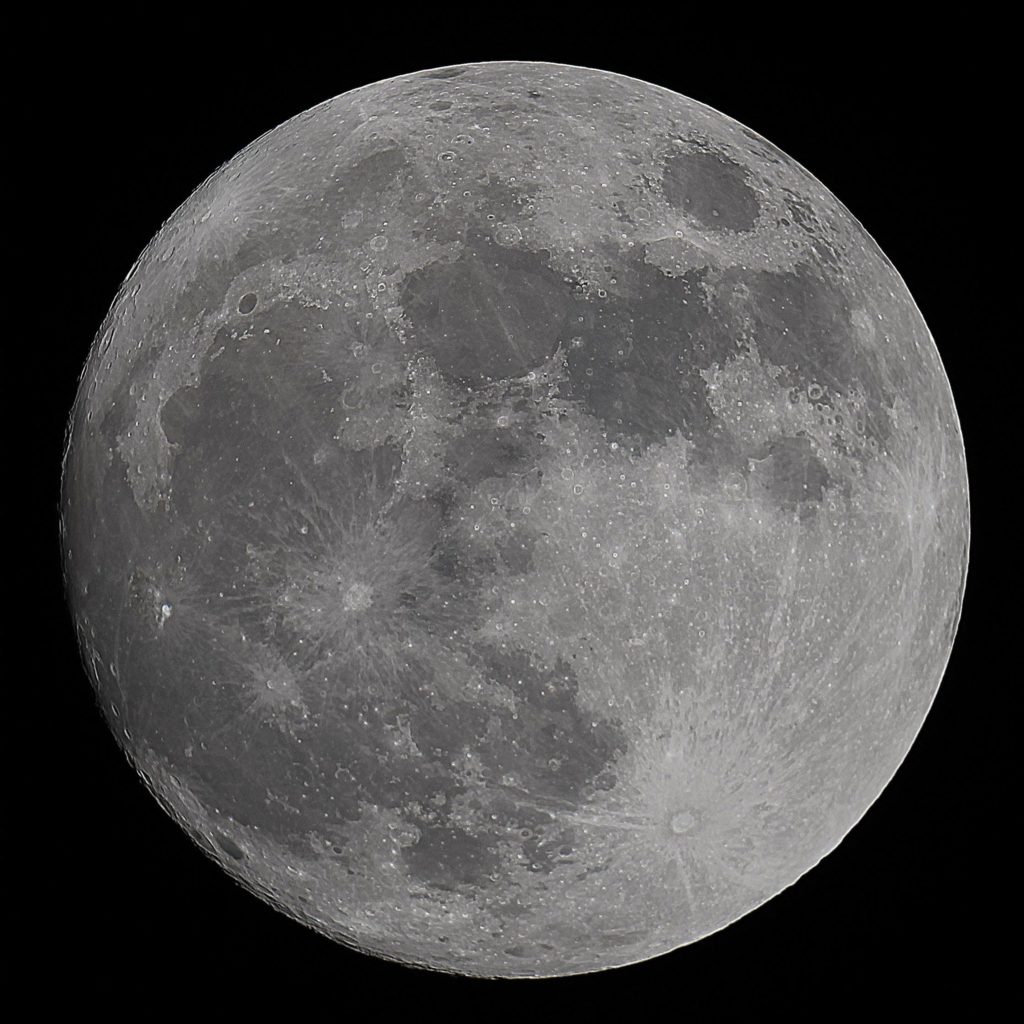 The Full Moon. Thank you to David Blanchflower (@DavidBflower) for letting us use his lovely full moon image for our blog.

Each of the GM series (GM1000-4000) German equatorial mounts feature two high-precision absolute encoders mounted directly on each axis to ensure impressive high precision pointing and tracking accuracy, and performance servo motors and drivers for high speed pointing; The name for these features for their mounts is HPS – High Precision and Speed. The HPS mounts come with, and are controlled by, their own weatherproof 4-line control handset keypad, with the computer’s electronic “brain” being housed in an independent portable external control box, meaning that a PC is not required to operate the mount.

The 10Micron handset has our Moon listed as part of its extensive celestial object database (like other GOTO mounts with handsets with an astronomical database). However, 10Micron goes one step further….with a Moon feature submenu!

Here you can, amongst other features (which we will cover soon), select to view individual Lunar craters, Vallis (valleys), Lacus (“lakes”), Mons (mountains) …..and….the Apollo 11 landing site region as well as the other Apollo 12-17 (excluding 13 of course) sites too! 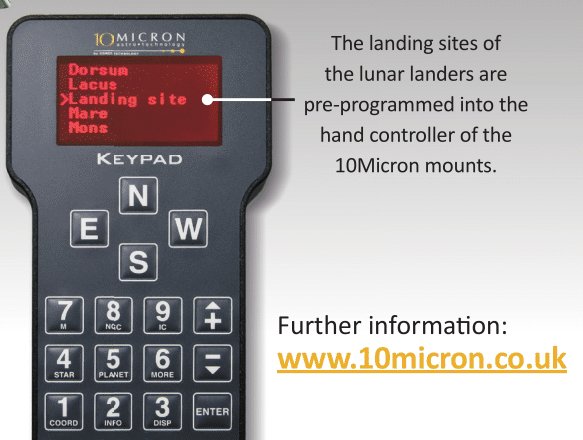 Furthermore, there is a “Sync on [lunar] Feature” function in the Moon submenu that allows you to obtain even more accurate Lunar pointing! It is with the 10Micron’s high precision absolute encoders that helps make this Lunar exploration possible!

So where is the Apollo 11 landing site? The photo below shows its location marked with a green star so you know where you point your telescope…..or you could let a 10Micron GM mount locate it for you, as well as help you explore the Moon’s amazing terrain easily, effortlessly and all at a touch of a button. 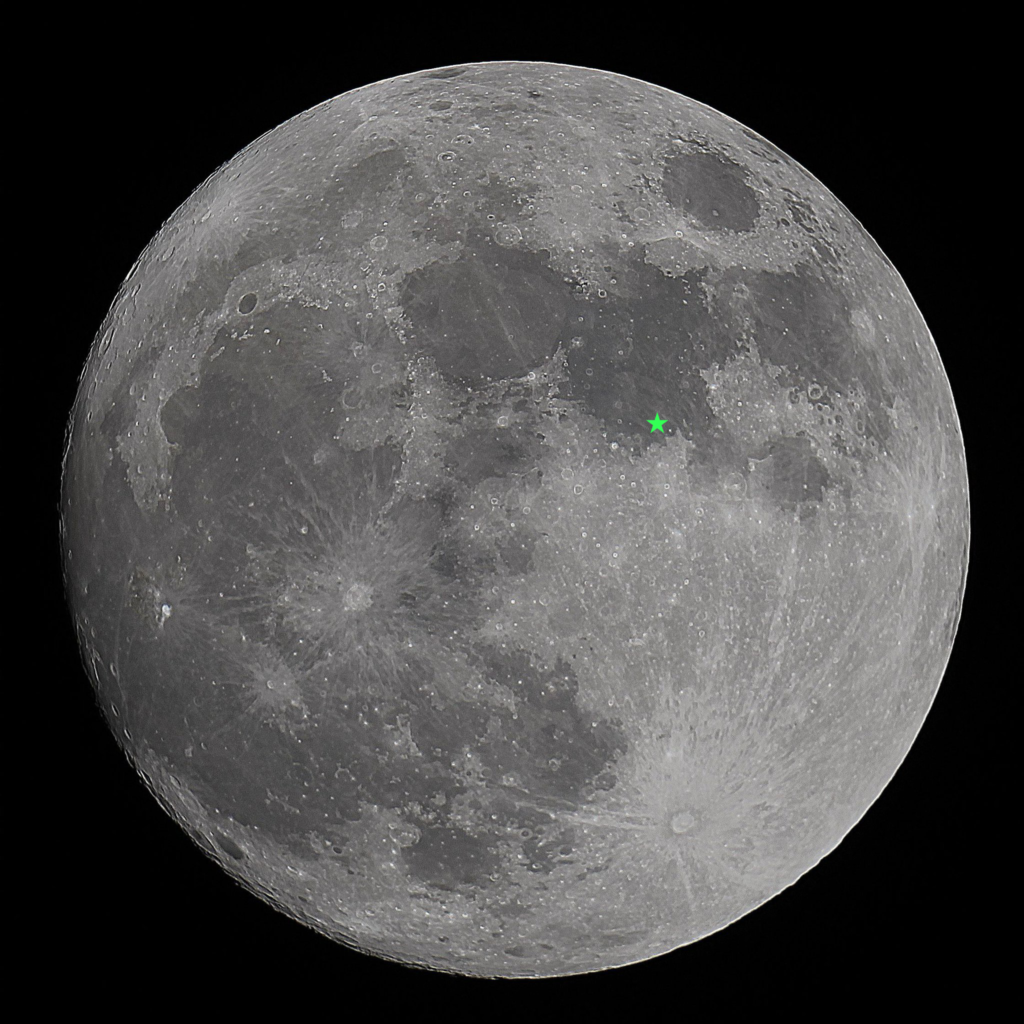 The Moon with the Apollo 11 Landing site region. Many thanks to David Blanchflower for the use of his Moon image used in this blog.