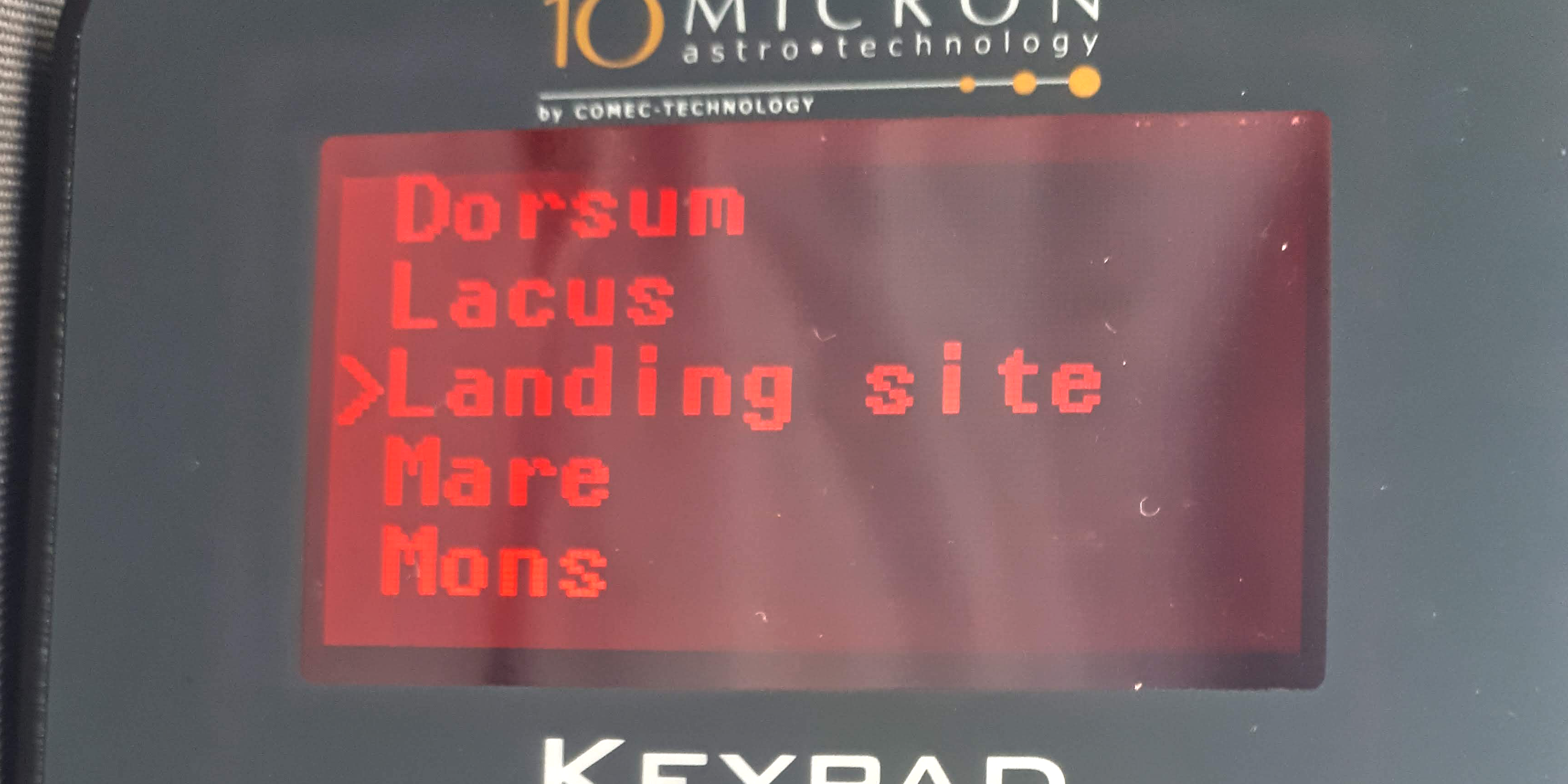 With the 50th anniversary of the Apollo 11 Moon not far off now (tomorrow Saturday 20th July) we thought it would be timely to show you how to get into the Lunar landing sites submenu in the 10Micron handset with Firmware version 2.16. Please send the end of this blog regarding a new firmware version.

The image below shows an example display on the handset after the mount was switched on. 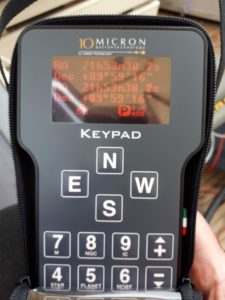 From this initial screen, you can press MENU, after which you will see the handset showing the image below. Next, select OBJECTS. 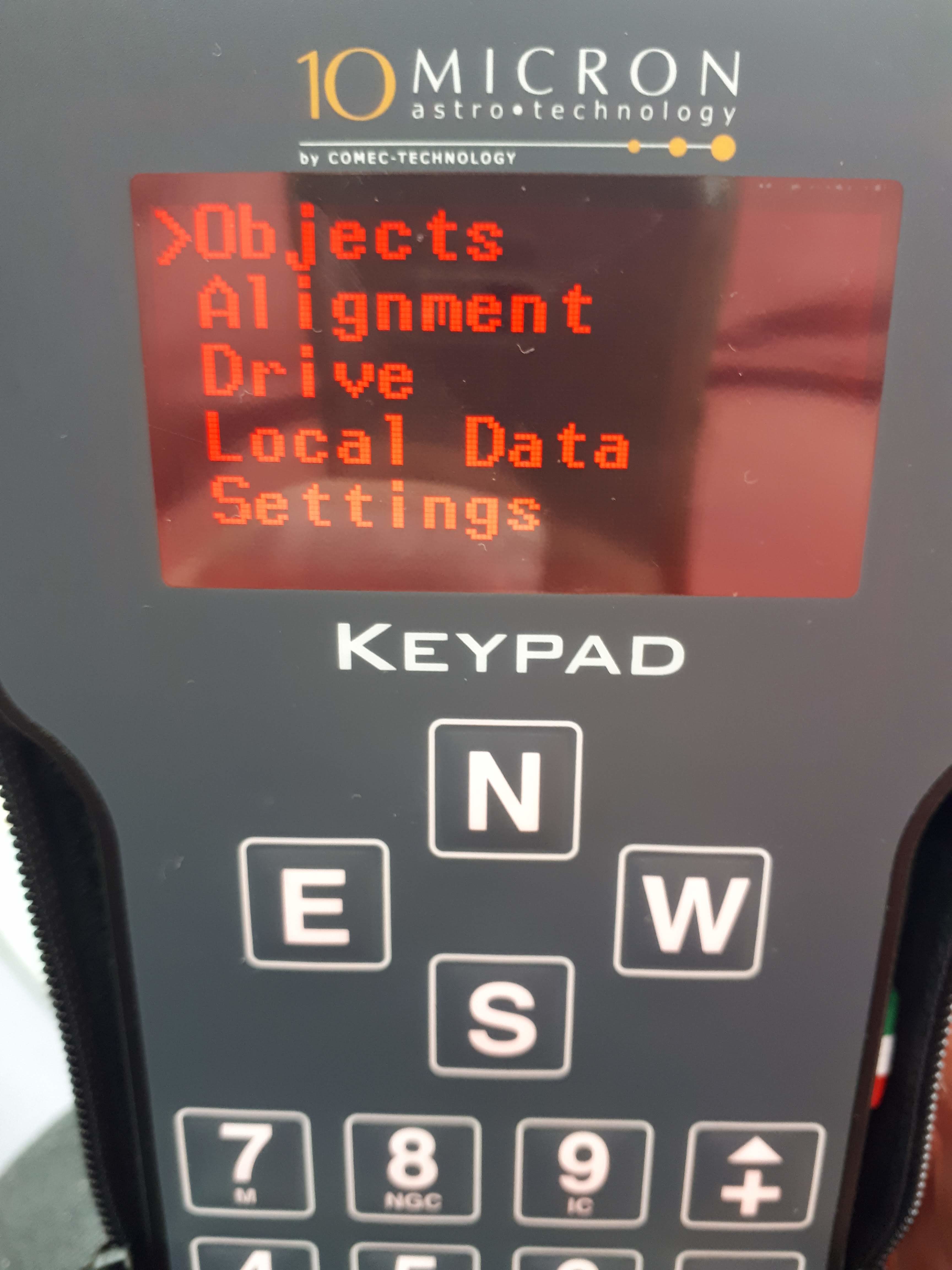 You will see the list of objects below. DEEP SKY starts off the list with MOON FEATURE being the 4th entry down; Press the down arrow so the “>” is next to MOON FEATURE and then press ENTER to select. 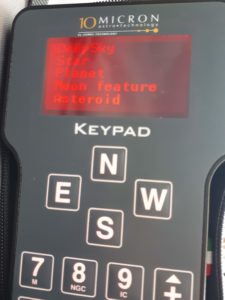 In the OBJECT menu

You will now be in the MOON FEATURE sub-menu. Here you have a range of options. Choose SELECT FEATURE and press ENTER. 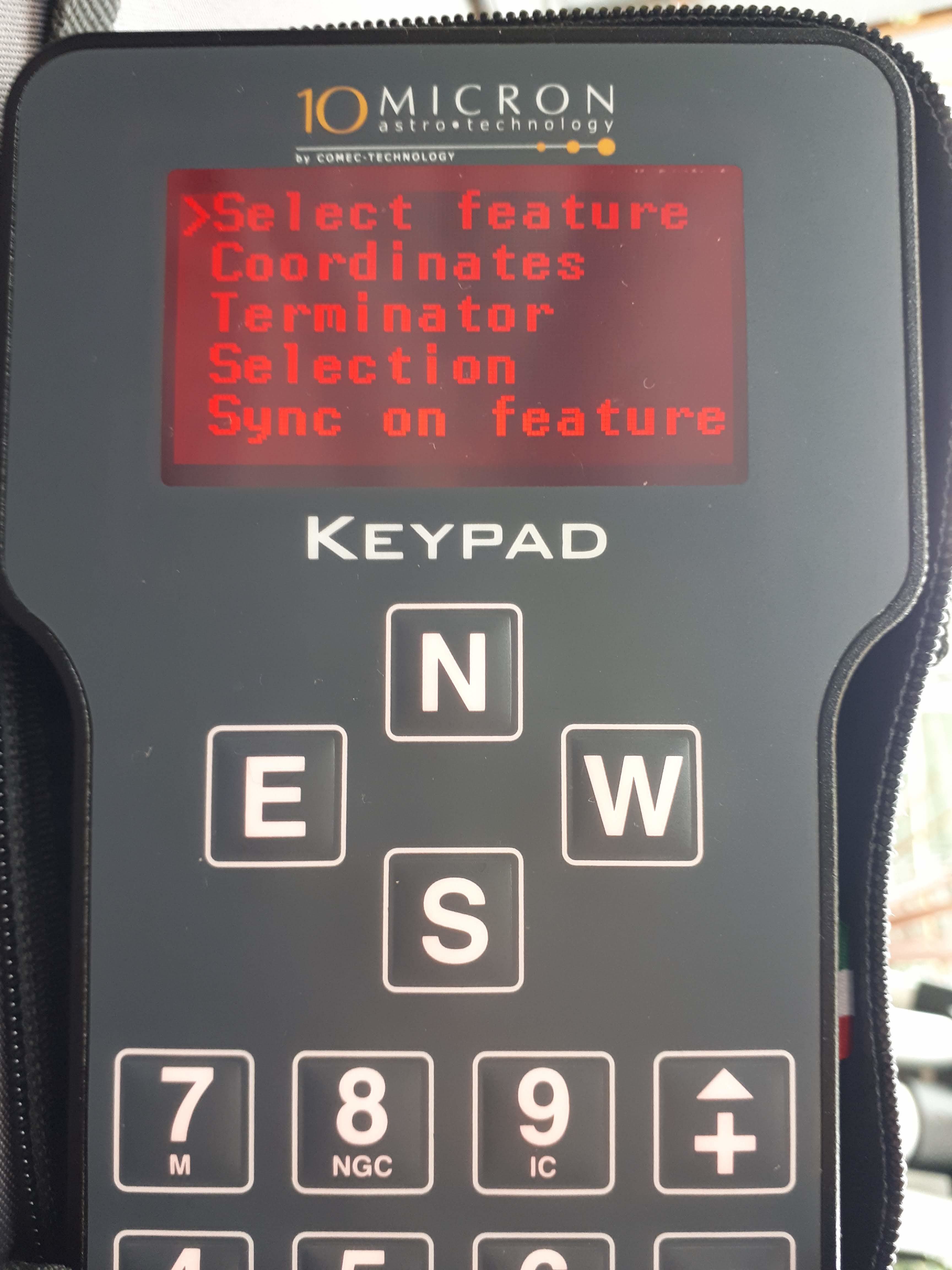 In the MOON FEATURE submenu

Once in this sub-menu, you have the option to select Lunar features such as Craters, Catena, Lacus……Mare, Mons…. 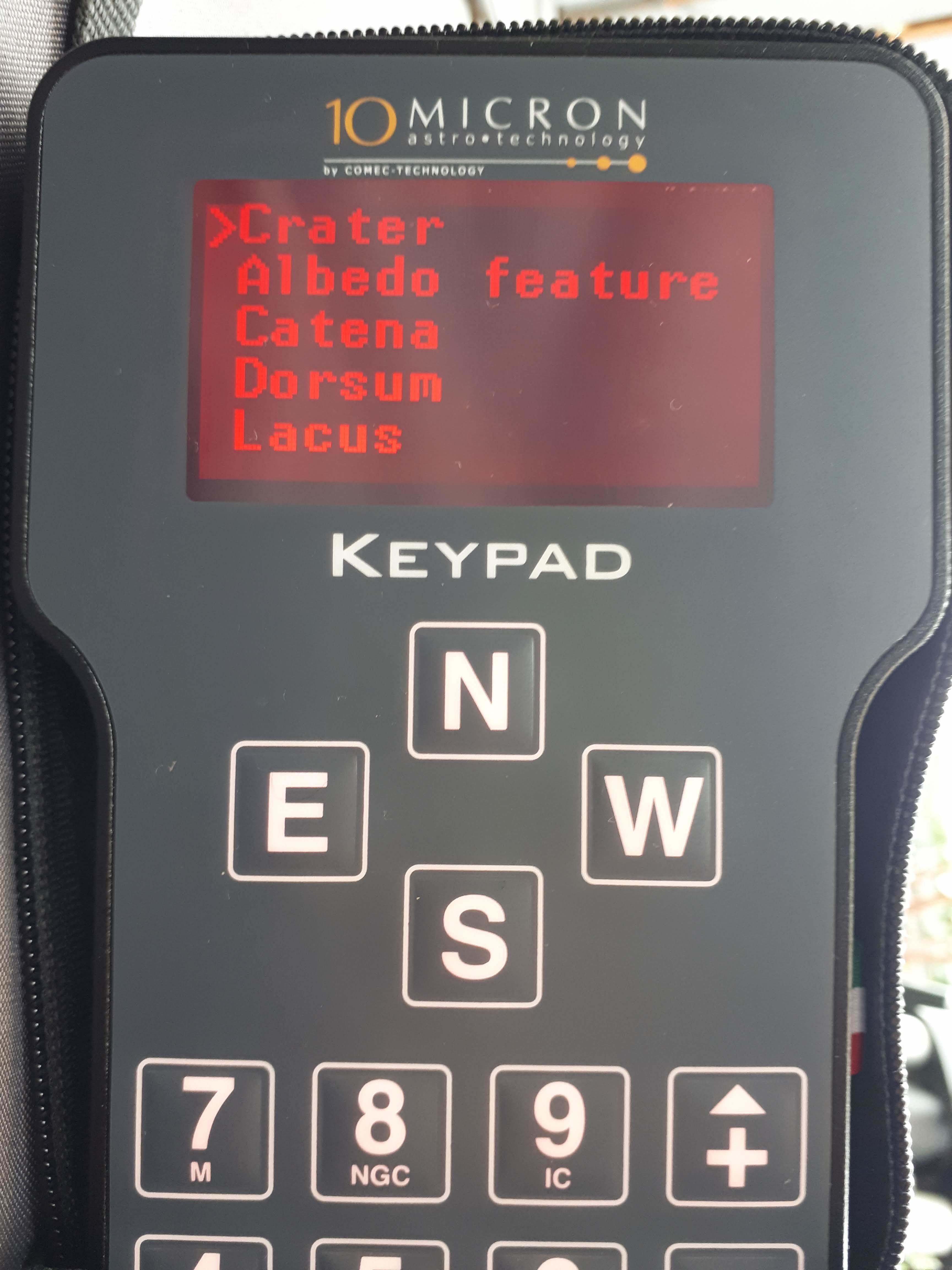 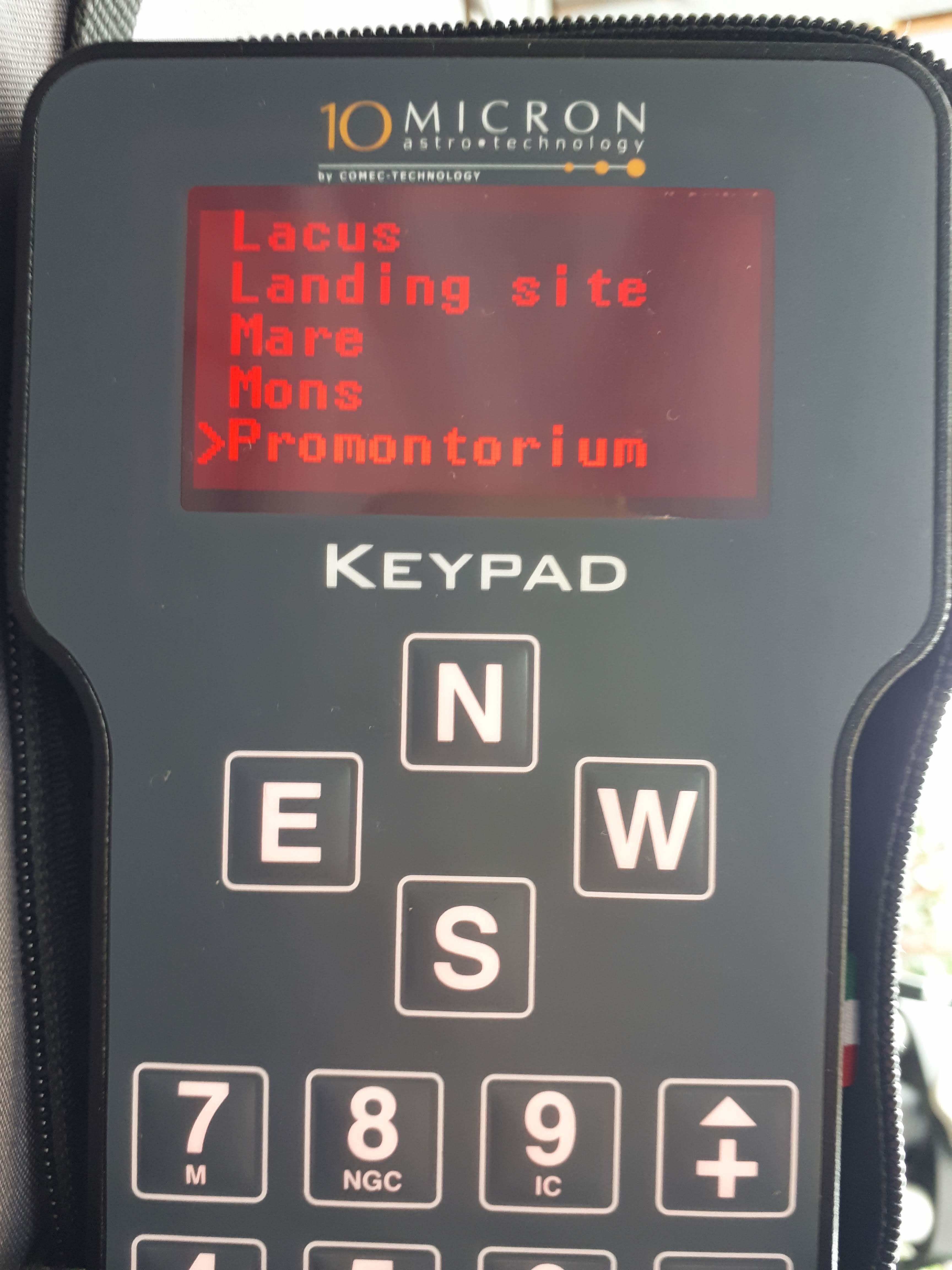 What we want is LANDING SITE that is found between the LACUS and MARE entries. Using the arrow keys select LANDING SITE. 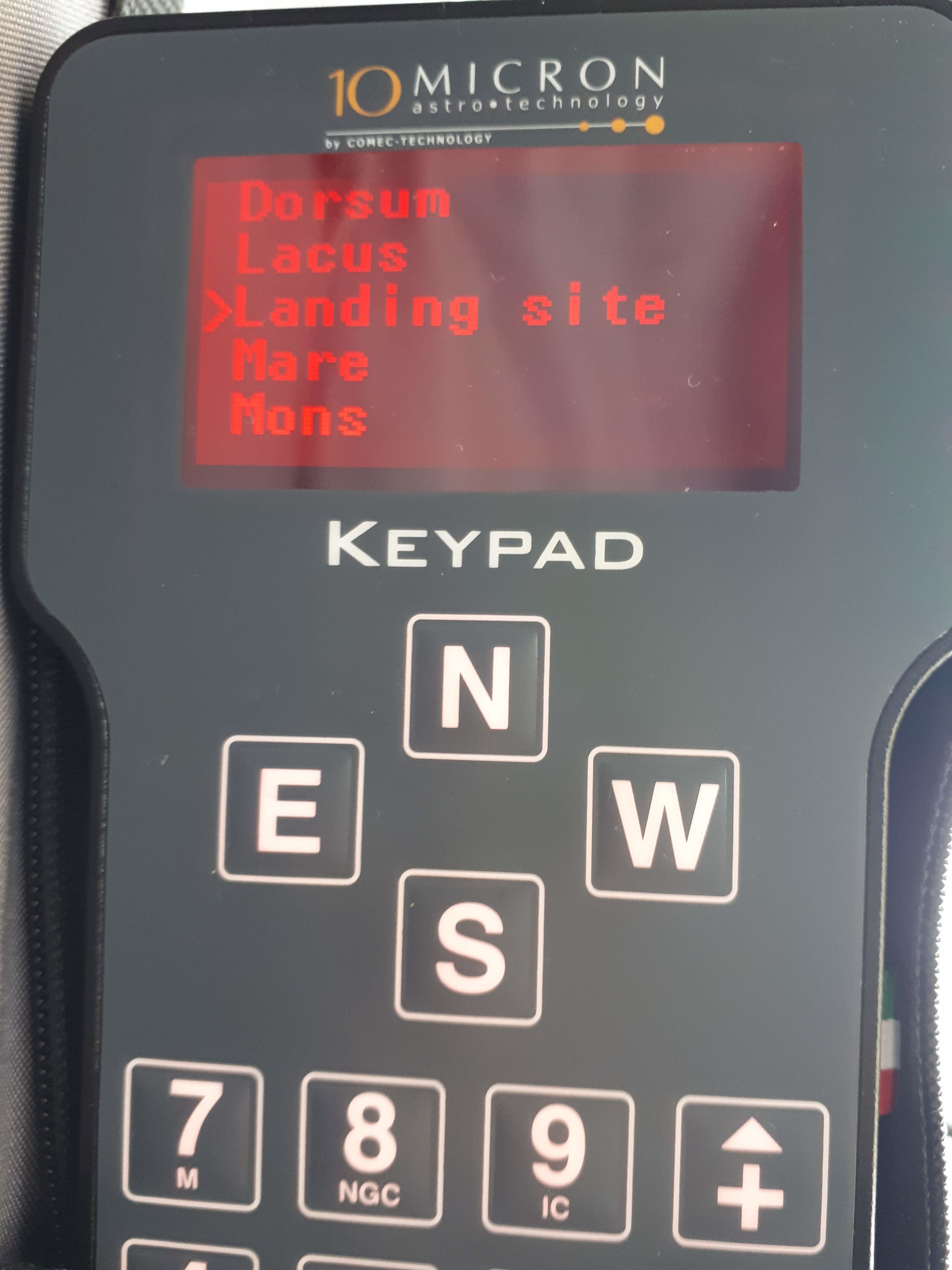 Now we are in the LANDING SITES submenu. Landing sites are arranged alphabetically with the size of the craters or features displayed. 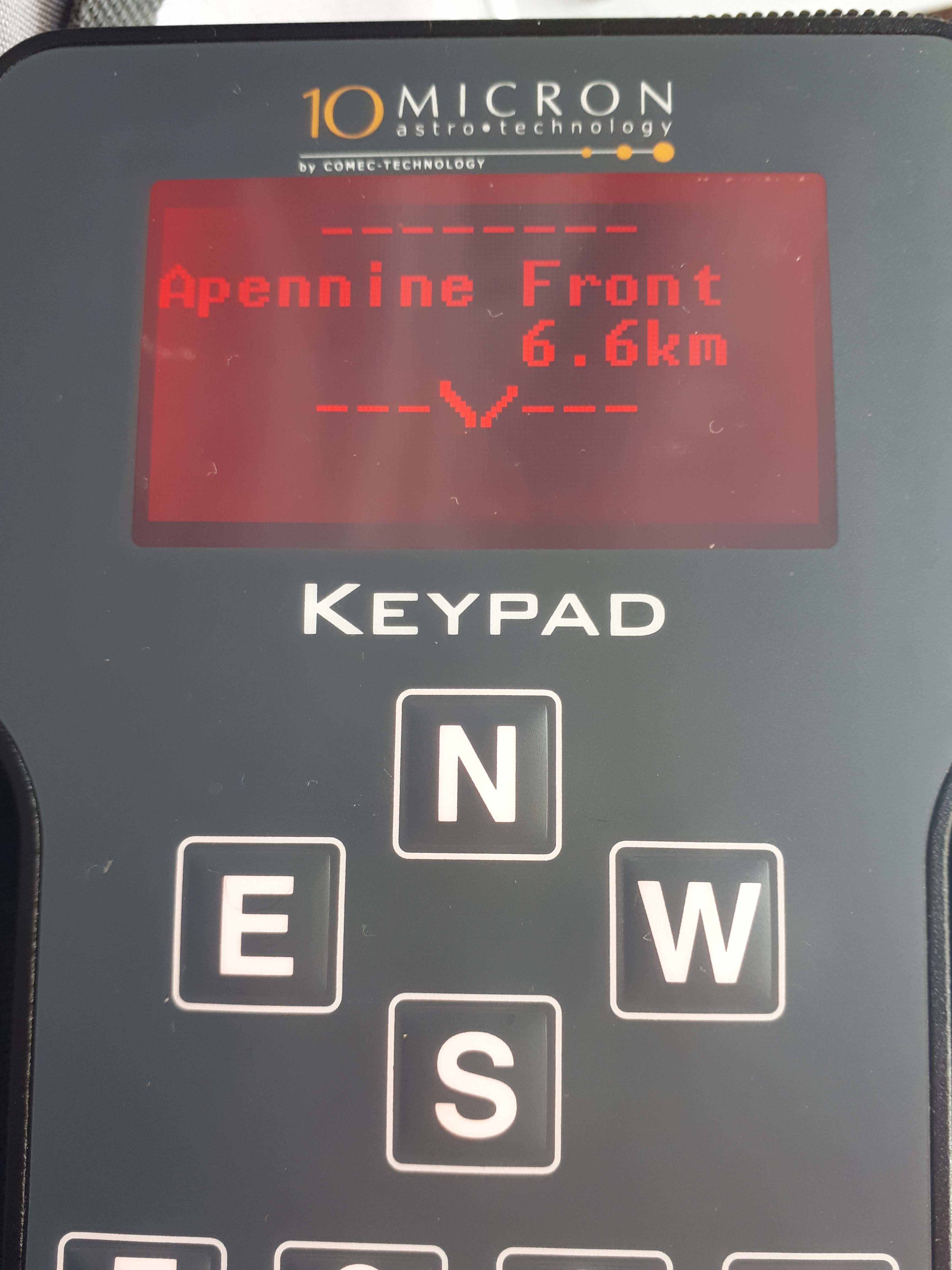 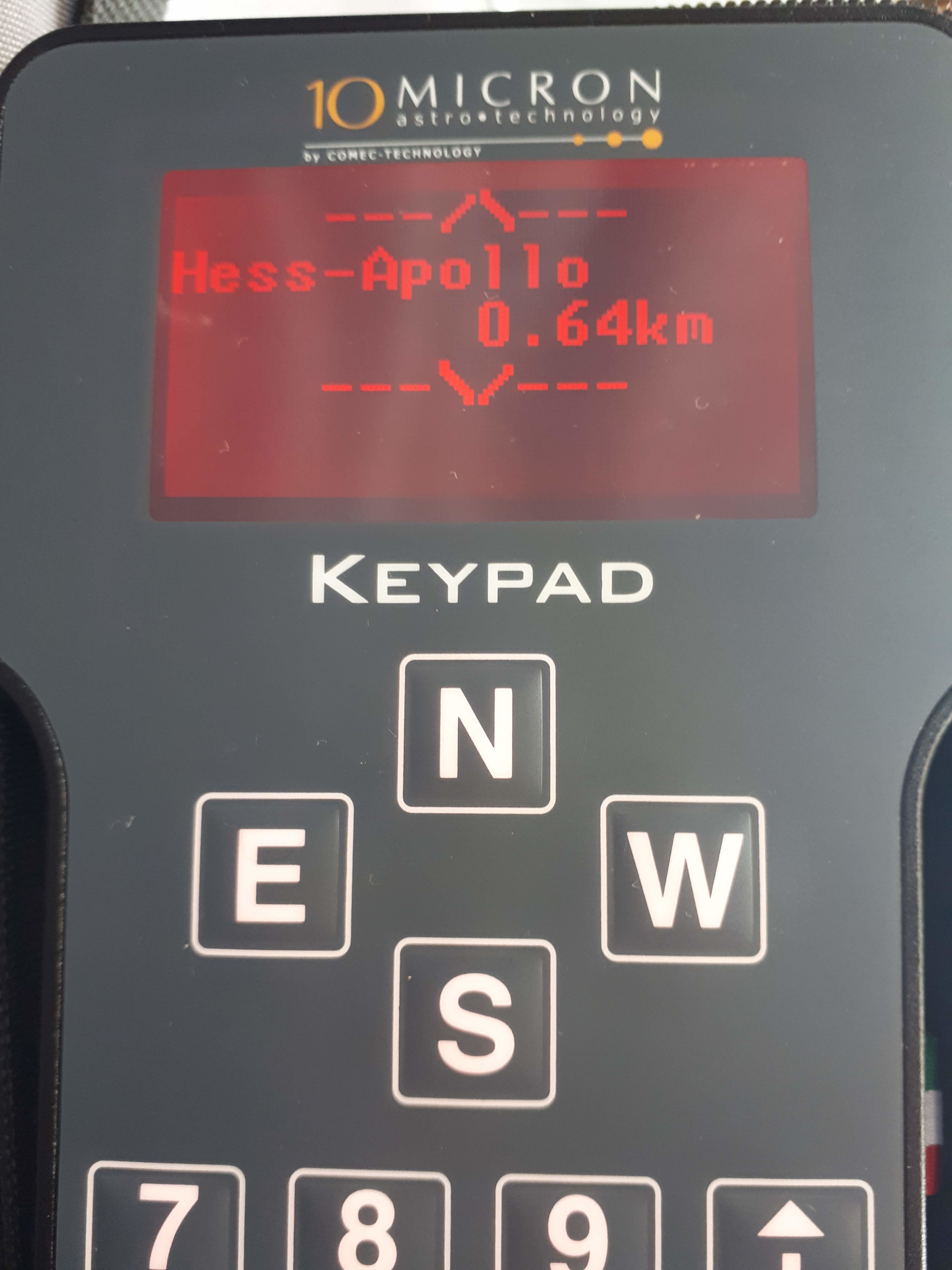 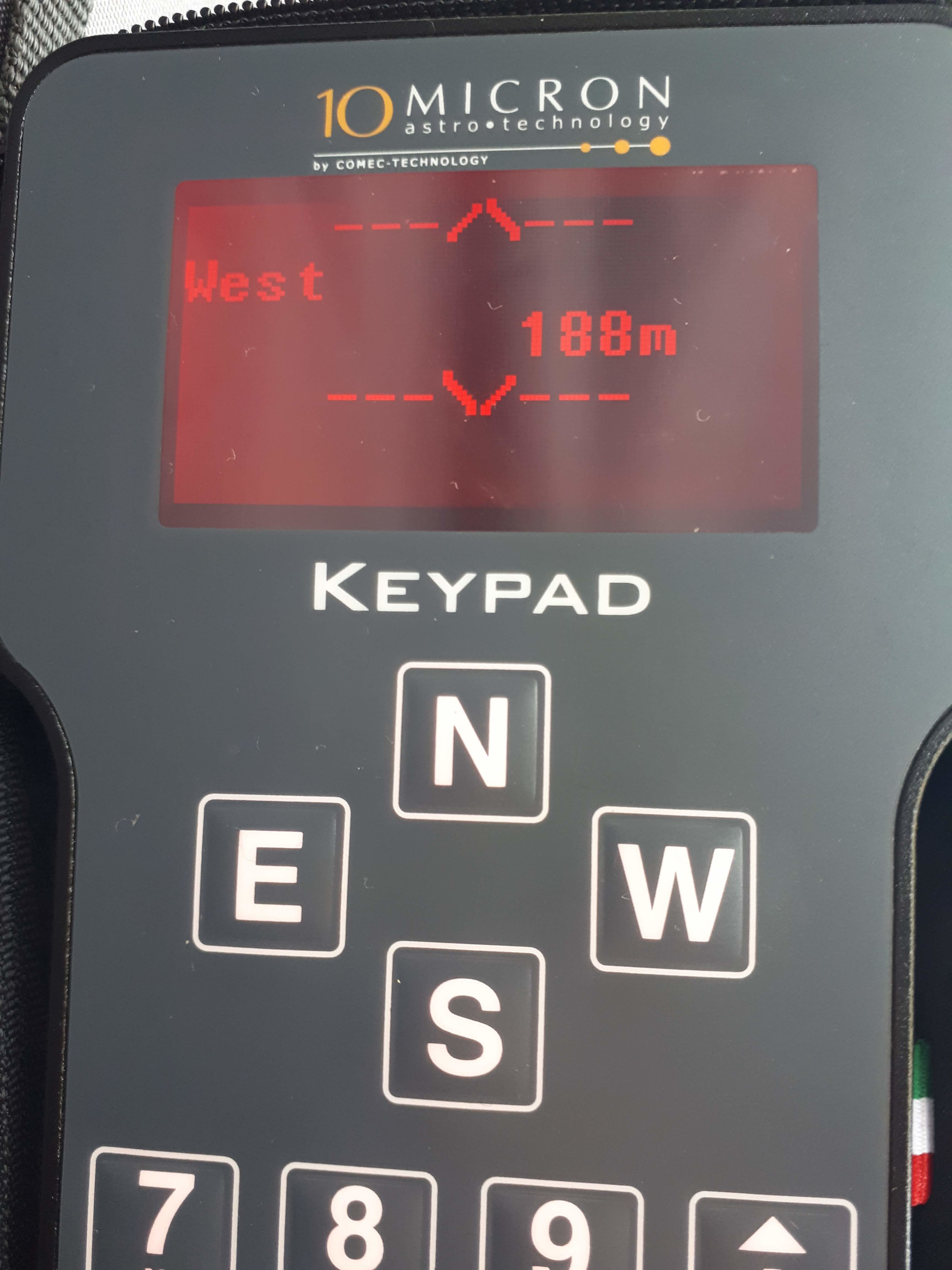 At the time of publishing this blog, 10Micron have just released Firmware version 2.16.4. This release now presents the features related to the Apollo landing sites shown divided into sections corresponding to the different missions. We will cover this new firmware release very soon. The firmware is available to download from the 10Micron forum in their Download Software/Firmware Updates section.