Mounting a Telescope Side-by-Side on a GM1000 HPS Mount 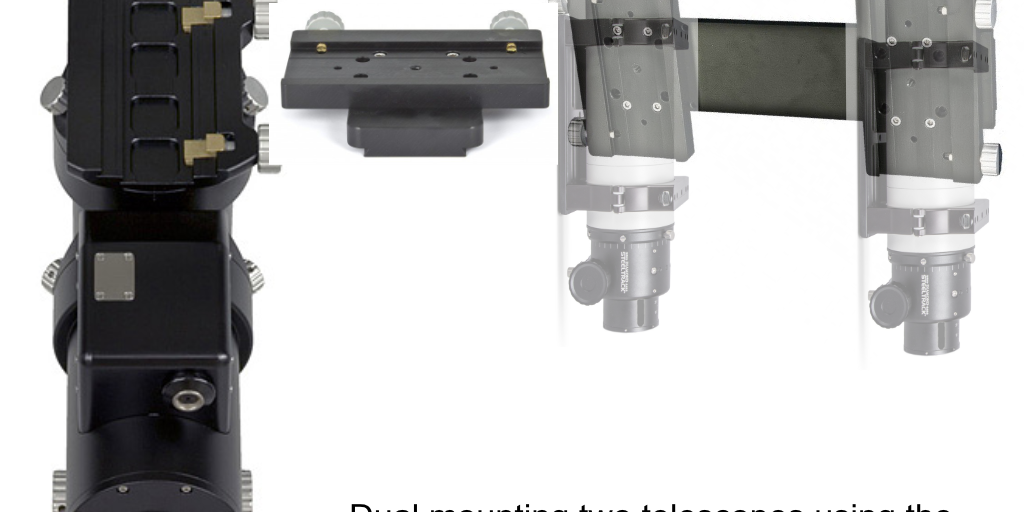 The 10Micron GM1000 HPS is an extremely popular mount. It combines the same high build quality and high precision features of the larger GM family of mounts, but in a smaller and lighter package making it ideal for those that want a portable set up.

If you have two telescopes, or if you have an imaging telescope and want to do autoguiding with an additional (guide) telescope, a side-by-side or parallel mounting is a popular way to configure these instruments. For that you would need a side-by-side mounting system or sometimes called an “H Bar” which consists of a dovetail bar with a dovetail clamp at each end. 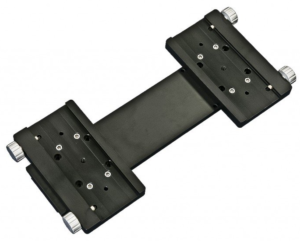 However, if you mount the LoDual mounting plate onto the GM1000’s (pre-installed) dovetail clamp, and then attach your telescopes, their orientation will be 90 degrees away/off from the fixed home position requirements of the mount. 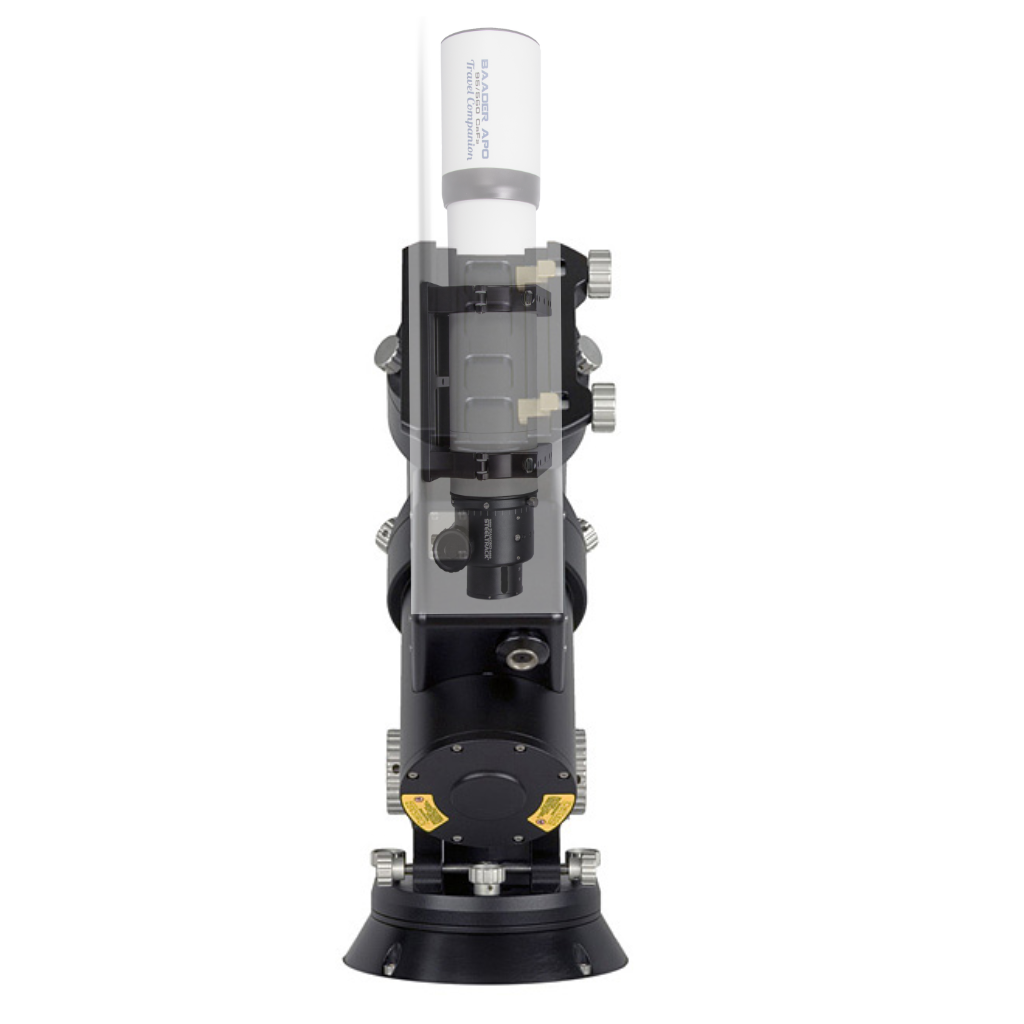 Single telescope attached to a GM1000 at the home position reference point. 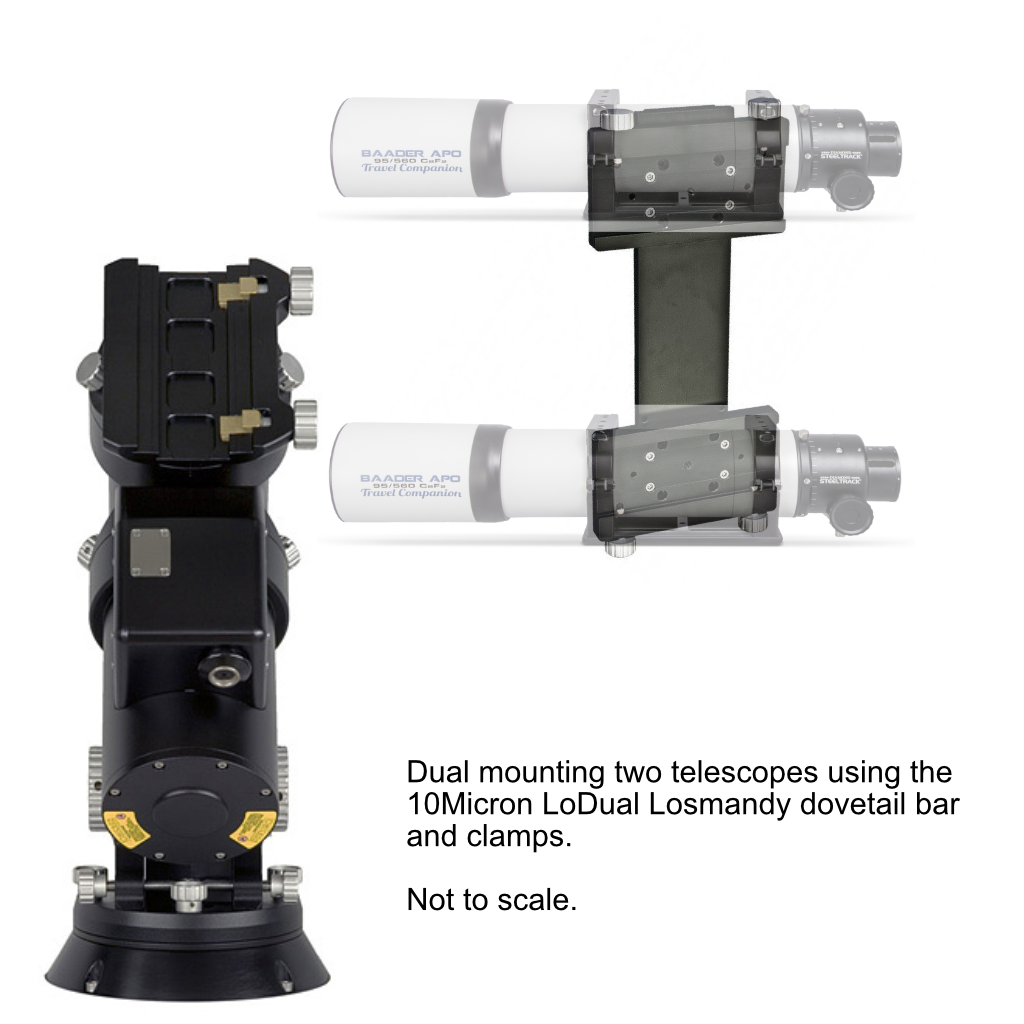 Two telescopes attached to the LoDual dovetail bar and clamps. The telescopes are pointing 90-degrees from their home position reference point. 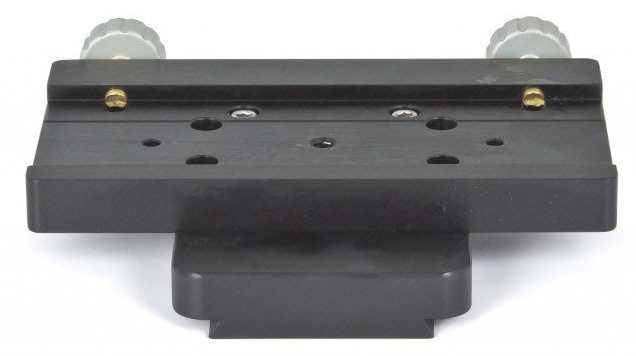 By attaching (clamping) this plate to the GM1000, the LoDual dual telescope bar and clamps (and thus the two telescopes) are now “rotated” by 90 degrees to ensure the correct orientation of the optical tubes (in order to comply with the fixed home position requirement of the mount). 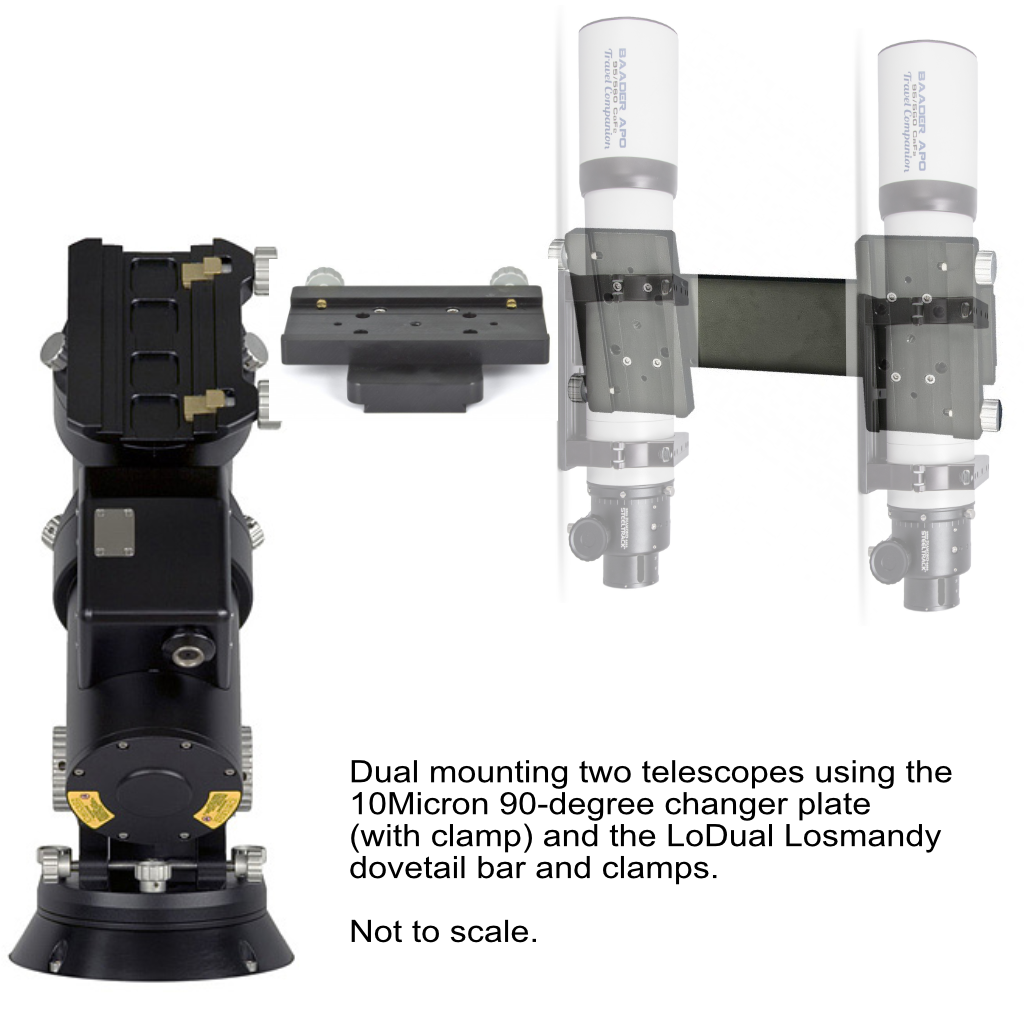 Two telescopes mounted side-by-side on the LoDual dovetail and clamp assembly but with the inclusion of the 90-degree changer plate. This consists of a Losmandy dovetail bar and Losmandy clamp rotated at 90 degrees to ensure the correct orientation of the optical tubes in order to comply with the HPS fixed home position requirements.