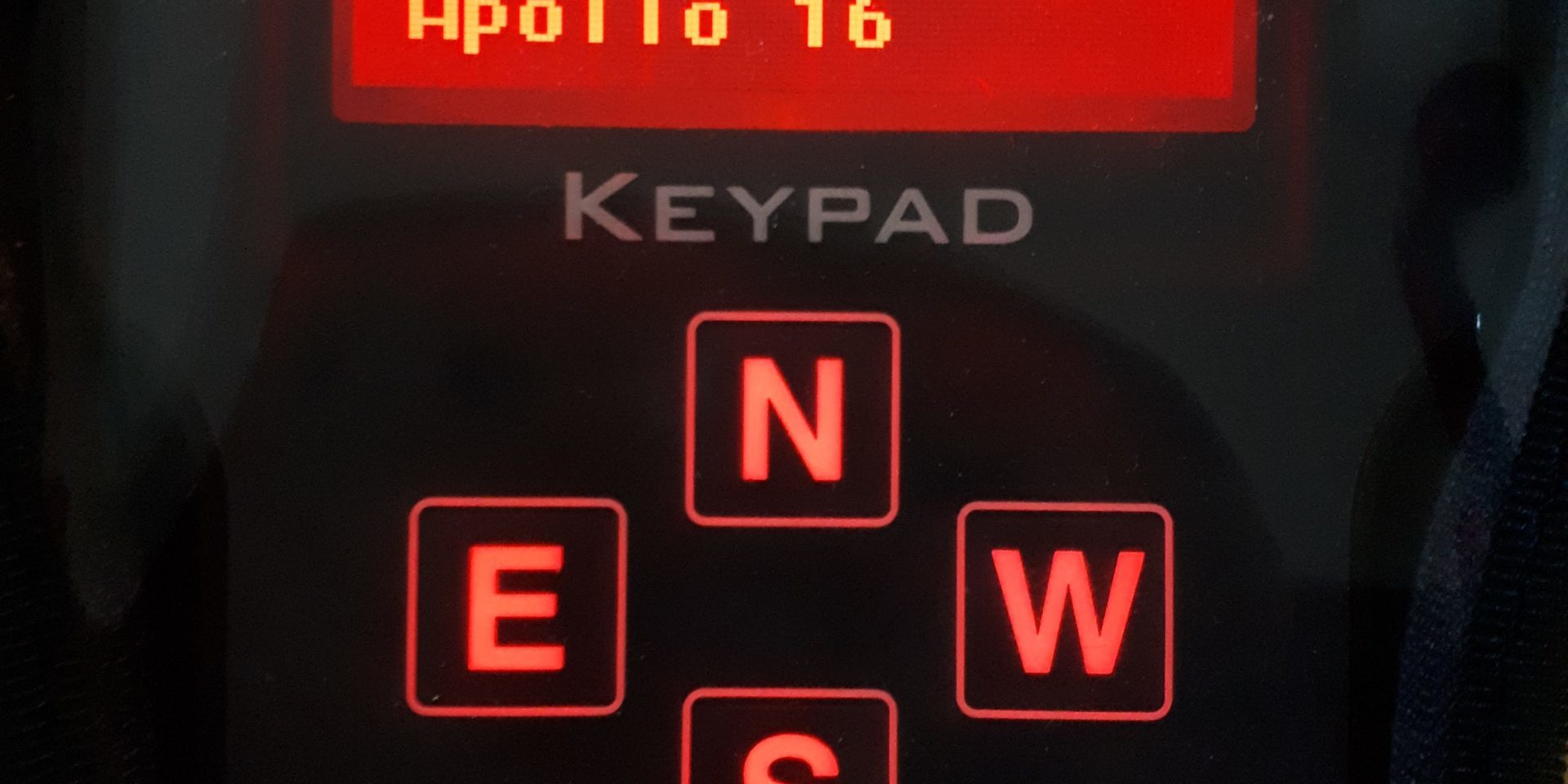 In a previous blog – here – we explained how you can use the 10Micron GM mounts to easily locate Lunar features including the Apollo landing sites.

At the time the features were in alphabetical order so it was a little difficult to find out what Lunar feature(s) was associated with each Apollo landing. Now however, the features of each landing site are listed in order of Apollo missions: Apollo 11, 12 etc. This reorganisation was a result of the release of firmware 2.16.4 in mid 2019; the current version is 2.16.11. 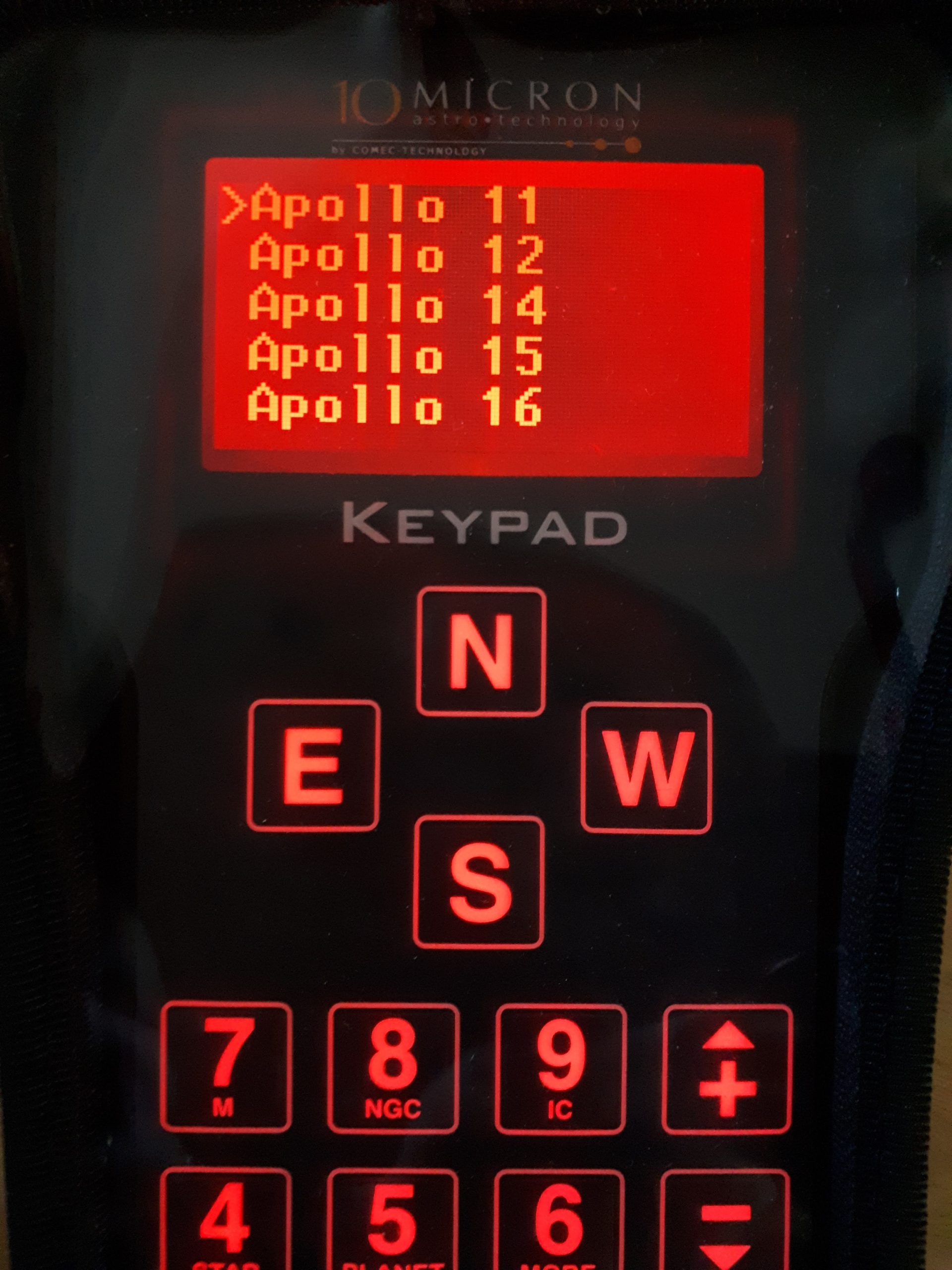 To get to this useful feature follow the same “route” as was outlined in the earlier blog mentioned above.